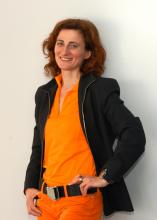 I studied Information Systems (Economic Computer Science) at the University of Vienna and the Vienna University of Technology with concentration on Applied Statistics and Artificial Intelligence. I received my master of Social and Economic Science from the University of Vienna in 1987 and my Ph.D. in 1990. Afterwards I joined the Knowledge-Based Systems Group at the Austrian Research Institute for Artificial Intelligence (OFAI) , as scientific researcher. I was a Postdoctoral Fellow within the Adaptive Intelligent Systems group of the Knowledge Systems Laboratory which in turn is part of the Computer Science Department at Stanford University CA, USA (August 1995 - August 1996, FWF-Erwin Schrödinger post-graduate fellowship). In October 1996, I joined the Institute of Software Technology and Interactive Systems (ISIS), Vienna University of Technology . From November 1999 to Febuary 2006, I was Associate University Professor. From 2006 to 2010 I was University Professor (Univ.Prof.) and head of the Department of Information and Knowledge Engineering at Danube University Krems, Austria. In April 2010 I moved back to the Institute at the Vienna University of Technology to establish the awarded Laura Bassi Centre of Expertise "CVAST - Center for Visual Analytics Science and Technology" funded by the Federal Ministry of Economy, Family and Youth of the Republic of Austria. (This initiative programme, the only one of its kind in Europe, is committed to equal opportunities and to establishing a new research culture to carry out applied basic research in the natural sciences, engineering and technology). As of April 1, 2015 (no joke ;-) ), I am Full University Professor (Visual Analytics) at Vienna University of Technology

Membership of Scientific Societies (Selection of the last 10 years)